Vision deterioration originates from defective development and maintenance of photoreceptors and is linked with at least 25 genetic mutation variants. Leber refers to the German ophthalmologist Theodor Leber who discovered the condition in 1869 while amaurosis refers to unspecified vision loss in the absence of a lesion.

Leber Congenital Amaurosis affects approximately 1/40,000 newborns and contributes to 10-18% of congenital blindness cases despite accounting for only 5% of all inherited retinal diseases (IRD). LCA is one of the most severe IRD and typically results in substantial or complete vision loss. 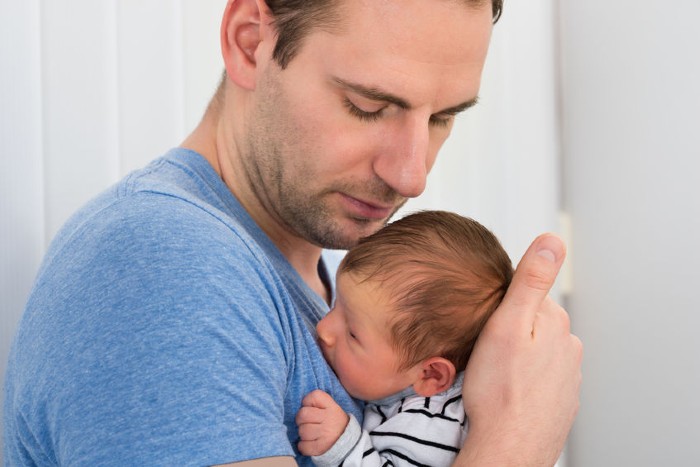 The differentiating characteristic of LCA from other IRD is a near or completely absent photoreceptor response measured with an electroretinogram (ERG). Detailed clinical observation and genetic testing has uncovered a wide spectrum of disease phenotypes and genotypes with varying severity and progression. In addition to nystagmus and light sensitivity, children may also exhibit the “oculodigital sign” consisting of poking, pressing, or rubbing of the eyes using a finger or knuckle. This “oculodigital sign” is claimed to be essentially pathognomonic for LCA. Though vision is generally stable or slowly progressing, one third of children with LCA demonstrate no light perception and the majority have best corrected vision of 20/400 or worse. Onset, rate, and degree of vision loss vary markedly depending on the involved genetic variants. LCA generally occurs in isolation without systemic involvement, however the significantly reduced vision may contribute to certain developmental delays.

LCA is a group of hereditary retinal diseases usually occurring in autosomal recessive fashion, but may be autosomal dominant as well. 17 loci and 25 genes have been linked with LCA.

Vision deterioration in LCA arises from inability of the visual cycle to convert photons into visual signals largely due to photoreceptor dysfunction. Photoreceptors are responsible for phototransduction of light into electrical signals that are then propagated to the visual cortex for image formation. Genes associated with LCA are almost exclusively involved in the retina or the retinal pigment epithelium and are responsible for functions such as photoreceptor morphogenesis, photoreceptor maintenance, phototransduction, protein transport, outer segment phagocytosis, cell-to-cell interactions, and ciliary transport. Genetic mutations involved in these processes result in photoreceptor maldevelopment, degeneration, dysfunction, and death.

Risk factors include having family members with LCA, specifically both parents having a carrier mutation or a one parent having an autosomal dominant mutation.

Recent molecular genetic developments have led to successful mapping and identification of 17 loci and 25 distinct genes linked with LCA. These genes and their protein products are responsible for photoreceptor development and visual transduction.
In typical autosomal recessive nature, LCA inheritance arises from each parent passing on a single copy of the mutant recessive allele. When both parents are unaffected carriers, each offspring has a 25% risk of developing LCA. Although most known genetic defects associated with LCA are autosomal recessive, a few exhibit autosomal dominant patterns. In which case, only one genetic mutation needs to be present for LCA to occur.

Pathological gene variants have been identified in 70-80% of LCA cases, but genetic heterogeneity continues to be an obstacle in identifying the remaining variants. While disease trajectory and phenotypic expressions vary between genotypes, considerable phenotypic overlap exists between these genotypes, further complicating identification of the remaining pathological mutations. Mutation frequencies also vary between different ethnic groups. Genetic testing is used to pinpoint which pathological variant is involved for individuals and family members. Result possibilities for genetic testing are detailed below.

Genetic counseling: Due to LCA being predominantly autosomal recessive, family members of those with LCA may not be aware that they are carriers.  Carriers (heterozygotes) usually remain asymptomatic with no retinal findings, but may demonstrate mild reduction of ERG responses. 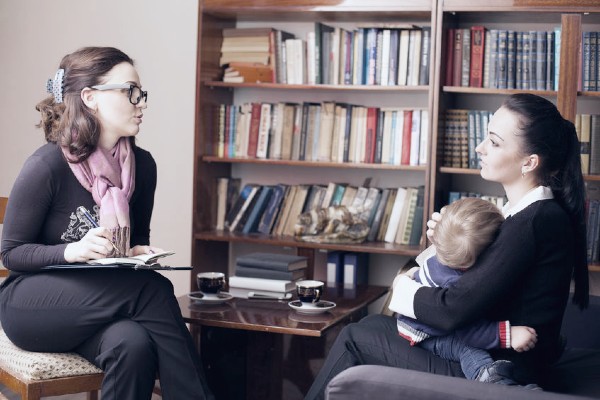 Genetic counseling provides families with information regarding the inheritance, implications, and the condition itself. In addition to encouraging genetic testing of family members, this information empowers families to make educated decisions regarding medical and personal decisions. Unaffected parents are heterozygotes carrying one mutant allele. Their offspring have a 25% chance of being affected, 50% chance of being a carrier, and a 25% chance of being unaffected. Unaffected siblings have a 2/3 risk of being a carrier. Siblings of unaffected parents also have a 50% chance of being a carrier. Offspring of those with LCA will, at the very least, be carriers. Therefore, carrier testing is warranted for family members. Familial risks are more pronounced if the LCA gene is autosomal dominant. Moreover, genetic counseling is recommended as certain subtypes of LCA may genetically predispose patients to additional systemic conditions.

Genetic testing, performed approximately 80% of the time, is warranted in cases of suspected LCA and proves useful in diagnosis, prognosis, treatment options, and family planning.

Apart from perceptible visual impairment, the most prevalent early symptom of LCA is nystagmus present in all positions of gaze. Extreme photophobia and deficient eye tracking frequently manifest within the first year or life. Observers might also notice the oculodigital sign. Eye care providers may detect sluggish or absent pupillary responses to light. Retinoscopy or auto-refraction will likely reveal an abnormally high degree of hyperopia (>+5.00 diopters), likely from impaired emmetropization.

Children will exhibit severe visual impairment and light aversion within the first 6 months of life.

DIAGNOSTIC PROCEDURES. Electrophysiologic Testing is a gold standard for kids or infants who are unable to verbalize visual complaints testing unveils severely subnormal or undetectable outer retinal (photoreceptor) responses. This severe reduction or absence of a photoreceptor response within the first year of life is unique to LCA and differentiates LCA from other IRD. OCT autofluorescence may display lipofuscin accumulation from undegradable photoreceptor byproduct accumulation while cross sectional scans may demonstrate abnormal retinal architecture. Visual field testing is not obtainable with these young patients.

LCA produces substantial vision deterioration from infancy. One third of children with LCA demonstrate no light perception and the majority will have vision of 20/400 or worse. The rate and degree of vision loss varies markedly depending on the genotypes involved. Studies indicate that the later the onset of visual symptoms, the greater the likelihood of retaining some vision.

Although the exact mechanisms are unknown, certain ocular complications are known to exist with LCA including keratoconus, cataracts, strabismus, and glaucoma. Recession of the eye into the orbit, or enophthalmos, may also occur from the excessive eye rubbing, pressing, and poking. Such behaviors may also increase the likelihood of keratoconus formation as this corneal degeneration has been shown to develop and progress from aggressive eye rubbing. Sadly, despite the debilitating nature of these associated ocular conditions, rarely do these complications become visually limiting due to the already severely reduced vision from LCA.

Intellectual disability has long been reportedly associated with LCA. The connection between LCA and mental deficiency, neurodevelopmental delays, and oculomotor apraxia behaviors remains questionable. While LCA usually occurs in isolation, approximately 20% of patients with LCA proceed to develop mental retardation. It is plausible, however, that the severely reduced vision from LCA contributes to delayed or hindered developmental skills, as vision is a key component in learning and developing.

Due to the complexity of IRD and sheer overwhelming number of subtypes and associated genes, eye care practitioners are prone to mismanaging these patients. Patients are oftentimes diagnosed with a retinal dystrophy; told it leads to progressive vision loss or blindness; informed that no viable treatments exist; and told it is likely genetic so family members may be affected too. These patients and families are left feeling hopeless and neglected. Traditionally, if any treatment was initiated, such intervention aimed to slow progression through use of nutritional supplements or maximize remaining vision through low-vision devices.

Medical Follow-up: With advances in molecular testing and gene replacement therapy, IRD specialists and centers are emerging which are capable of providing accurate, genetically based diagnosis and prognosis. Such referrals are merited and benefit not only patients but also future research. Regular comprehensive eye examinations should monitor for any visual or retinal changes. Refractive errors should be ascertained and correspondingly treated. Low vision specialists ought to be involved so remaining vision may be optimized. Secondary complications may be mitigated through parent education, especially from eye rubbing or poking. Early involvement with a developmental pediatrician and therapy services is indicated to promote developmental skills. Appropriate school and workplace modifications may optimize success for these patients. 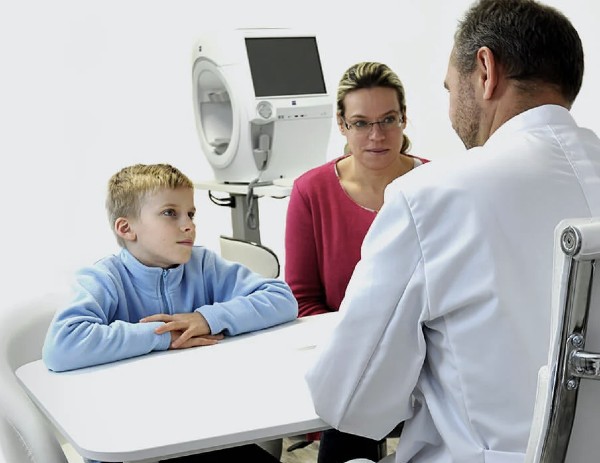 Even LCA is incurable medical condition, there is a progress in field of partial vision restoration based on medical approach aimed to activate functional state of partially damaged but preserved photoreceptors - electrical stimulation therapy which a core part of Fedorov Restoration Therapy. To read more click here.

No medical therapy, including surgical interventions have demonstrated efficacy to cure LCA  far. In future, gene replacement therapy has potential to replace  photoreceptor transplantation may be administered via subretinal injections. Comprehensive analysis of genetic mutations and corresponding phenotypic variants has vastly expanded the knowledge base of molecular pathways involved with photoreceptor degeneration and dysfunction. Such advances are slowly, yet dramatically, improving future LCA therapies. For patients with an identifiable single gene mutation, introduction and expression of a normal allele through viral vectors may restore normal function to specific cells and photoreceptors. Gene replacement therapy is emerging as a feasible future treatment option for LCA.

The future of LCA treatment and prognosis looks far more promising now due to the advent of molecular testing, gene replacement treatment, photoreceptor transplantation, and electro-stimulation therapy. Though vision loss from LCA is severe and caused by a myriad of genetic defects, novel genetic approaches continue to be developed which will assuredly help preserve, and potentially restore, vision for these patients. Initial results are encouraging, especially with the RPE65 gene, and suggest the possibility of partially recovering visual responses. Furthermore, novel gene-delivery system advancement allows for new LCA genetic clinical trials. Some researchers are also optimistic in the future of photoreceptor and retinal transplantation enhancing vision for LCA patients.

Leber Congenital Amaurosis is a group of congenital retinal dystrophies similar to other inherited retinal diseases but with earlier, and oftentimes, more pronounced vision deterioration. LCA is an inherited disease linked with 25 known genetic mutations normally occurring in an autosomal recessive fashion. Although historically the prognosis of patients with LCA and other inherited retinal diseases was exceedingly poor, the advent of specific molecular diagnosis and novel treatment modalities provides hope for not only delaying vision deterioration, but also reversing vision loss. Furthermore, alternative treatment models are emerging such as photoreceptor transplantation and electro-stimulation therapy, demonstrating potential for restoring previously lost vision in these patients.

Are you interesting to read more about Restore Vision Clinic?

Your Questions Will be Answered. Our clinic fills the gap between Ophthalmology and Neurology to improve vision loss from Optic Nerve Lesion and Retinitis Pigmentosa. Fedorov Restoration Therapy deals with functional restoration of preserved retinal cells and optic nerve fibres, and aims to improve your vision for conditions regarded as untreatable. 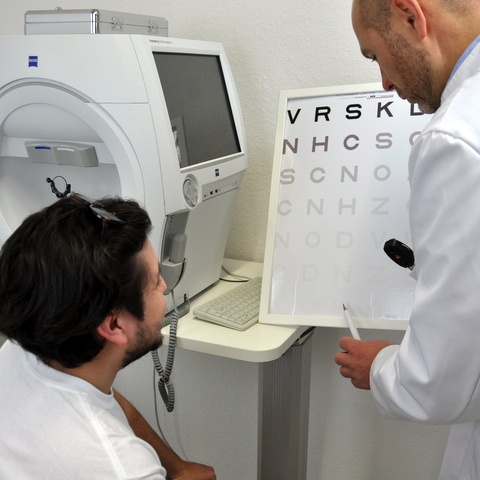 Get the latest blogs, news, patients stories and testimonials right in your inbox

Currently, there are no comments. Be the first to post one!
Previous Article 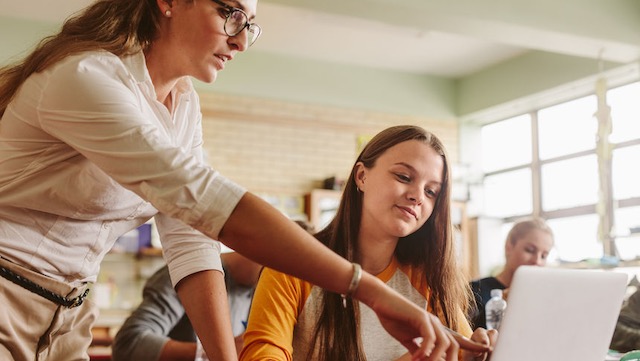 Back to blog listing page