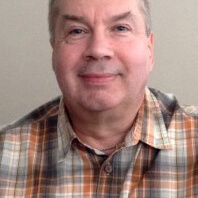 My name is Ian Elsey. I’m 56 years old and a control systems engineer living in the United Kingdom. At 53, I was diagnosed with bilateral non-arteritic anterior ischemic optic neuropathy (NAION). This means I’ve lost vision in both my eyes due to optic nerve damage. In my case, the cause is unknown. Due to my severe loss of vision, I was registered as severely sight impaired (blind). I had a small amount of vision remaining in both eyes, but this was clouded and distorted. This meant I couldn’t work, drive or enjoy simple pleasures such as reading and watching TV.

BILATERAL NON-ARTERITIC ANTERIOR ISCHEMIC OPTIC NEUROPATHY WAS THE DIAGNOSIS FOR MR. IAN ELSEY FROM THE UNITED KINGDOM IN 2013, AND HIS EYESIGHT PARTIALLY IMPROVED TWO YEARS LATER

I saw only very large, high-contrast images, such as the top letters on an eye chart, but even this took a long time, as my eyes were unable to adjust to different light levels. I had to slowly “scan” with my small area of vision to build up a picture in my mind.

The doctors here in the UK didn’t offer me any treatment or therapy because they believed that, once the optic nerve “dies” from anterior ischemic optic neuropathy, it can never be repaired. I have seen several consultants in the UK over the past three years, both in the Public Health Service and private health sector, but they all said the same thing: that it’s not possible to restore my vision.

Unwilling to believe that in this day and age there was nothing available to help me, my wife and I started to search for more information. We found many new ideas across the world involving operations, new drugs, and stem cell treatments, but these were all either very high risk, very costly, or many years in the future before becoming generally available.

Then in November 2013, we were alerted to a news report of a new development in Germany in the field of vision restoration. We read the reports on the clinical trials for visually impaired patients, which showed very positive improvements, including a case of anterior ischemic optic neuropathy. Here was a risk-free, drug-free and non-invasive treatment only a short plane journey away. I knew there were no guarantees that this would work for me, especially since my loss of vision was so severe, but I felt that I had to try. After discussions via email and providing my medical records for evaluation to see if I was suitable for this therapy, Dr. Anton Fedorov invited me for treatment in Berlin.

We arrived in Germany in July 2014. Although I’d been in personal contact with Dr. Fedorov via email and phone, I was still quite nervous about meeting him. On arrival at the Restore Vision Clinic, he was waiting at reception to meet us and immediately put me at ease with his hospitality and friendly and caring manner. The electrical stimulation sessions were not at all painful, just a slight tingling sensation where the four electrodes touch the skin. I just had to close my eyes and relax for about 30 minutes and enjoy the disco flashes of light as my brain responded to the stimulation. At the end of my 10 sessions, my vision tests, compared with the ones taken on my arrival, showed a significant improvement; the visual fields in both eyes were opening up.

Back home and four months later, my visual field tests continued to slowly show improvement. While I was becoming more responsive to high contrast stimulus, my day-to-day vision was still very difficult. I discussed this with Dr. Fedorov and decided to return to Germany for a second course of treatment in December 2014. Midway during the second course of stimulations, my sight in both eyes suddenly became much clearer and I could actually see the world around me. While this sudden boost in vision only lasted for 24 hours, it proved to me that it was possible to see again.

Now in August 2015, my visual field continues to show positive changes. The regular optical coherence tomography (OCT) scans of my optic nerves, taken by my local optician, show that some areas of the optic nerve in both eyes are now improving. Some sections have even returned to within normal levels, much to my optician’s surprise! The vision in my right eye is beginning to improve. Before the therapy, I only had a narrow band of vision in the lower part of this eye; now this area is expanding upwards, allowing me to see images a little more clearly and in greater color. Hopefully, this expansion will soon reach my central vision and lead to more noticeable changes. In my left eye, I have a greater perception of light. While the visual field tests are showing improvement in my left eye, this has not yet become noticeable in my general vision, but I know this will take time.

Dr. Fedorov has been a lifeline for me. His professional expertise and commitment to his work are the reasons my sight is improving, but also his natural warmth, compassion and understanding have greatly contributed to my emotional wellbeing. My wife and I feel we are no longer struggling alone in the fight for recovery, and for this we can never thank Dr. Fedorov enough.

For anyone considering this therapy for anterior ischemic optic neuropathy, I have no hesitation in recommending it.

"After removing her tumor, my sister was told by top neuro-ophthalmologists in London  that there is nothing they can do to stop her slow but steady sight loss.
How very wrong they have been. Our chance and good fortune of discovering the Fedorov Restore Vision Clinic has been nothing short of God's timely intervention and healing hands. The wonderful doctors with their amazing innovative treatment have given her a new lease of life. " 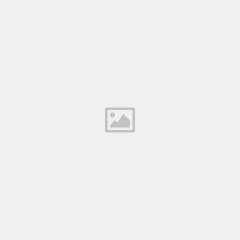